skip to main | skip to sidebar

And in the morning

Poor Pony is sick. His poor pretty little head is all clogged up. I tihink he really happy with me. I was kinda cranky last night. And he was so sweet and yet he was sick. he says its such a wonderfully safe feeling when we are cuddling in bed.
I love our little life together. It was weirdest thing when i first saw him, part of me figured that he was way too hot for me. But another part of me saw something. Something in those eyes. Some strange light that gavce me an odd sense of comfort. I remember those first mornings looking at the celing and walls of his bedroom, wondering if I would ever see it again.
And there I am most mornings, my clothes in the drawers and closet. My boots next to the dresser. My pots in his kitchen.
What is life? What is it allabout? No one knows. So much running around so much fuss each oday over things that don't really matter.. PB and I are old. And someday we'll be older if we are lucky. Holding each other.
I love what we have, what we share together. Every day with him is a gift.
Posted by Spooky Lil Girl at 5:33 AM No comments: 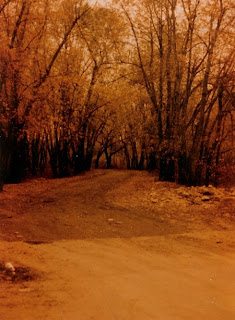 Life with PB is very quiet, calm and sweet. It is more than I could have hoped for. I think I love this sweet simple yet amazing man. Sweet texts between us this morning. Funny how two people in their 40's can be so nuts for each other.
Life with Jack is good. We are friends. I do love very deeply him but not romantically.
My best friend's ex hubby killed himself Friday. Awfulness. It would have destroyed me if Jack killed himself. Suicide is so selfish.
I'm talking to Marie again. It feels good. I think I can handle it if she flips out again.
Lindsay passed her nursing test. Thank GOD!
I have got to spend more time with my godson. Very important.
I have slowly catching up with my work.
This past weekend was the big bike show here. Lots to say about it. The heydey of that show is gone. I want to to write about it. Maybe next weekend I will.
The puppies are doing well. Mommy dog is good.
Time to work. Hoping I can write a good post next weekend bragging on how much I got done.
The cloudy days have been getting on my nerves.
Wow it looks as tho the sun might come out and dry out this soggy world.
Posted by Spooky Lil Girl at 9:44 AM No comments:

Things seem to be very good between PB and I. Lots of sweet texts from him stating that i am the best gf ever. So much going on. Hard to keep up. Hard to keep from losing my mind.
But I do know this, once I am out from under this fuckin pile of my own doing, I am gonna make the most of what i have with him.
Jack is good. Very good.
And there are puppies.
Posted by Spooky Lil Girl at 6:27 PM No comments:

I've been beating myself up about money lately. Then I see a story on tv about the acutal debt people carry aside from their mortgages. Many of the people they talked to were over $20,000 in debt, just plain credit card debt.
I feel better. I'm only about 7g. Hell thats still a shitload. Well hopefully by summer that will be down to 2g. And never again.
As for PB, I need to keep things in perspective with him. I think he does love me. I don't know if he knows it yet. I doubt he thinks about it.
Posted by Spooky Lil Girl at 7:06 AM No comments:

of reality today. Rick told me not to dig and I did. I don't like what I found today. I guess I really don'tmean as much to him as I had hoped. Time to back away. I need to get over him. I am sad.
Posted by Spooky Lil Girl at 4:12 PM No comments: 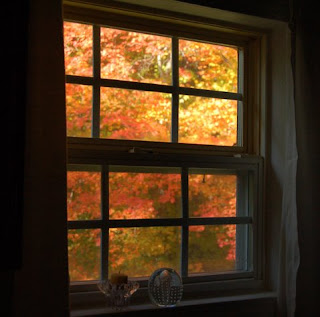 It was a good saturday night. Spent it at PB's house and we hung out with his boy. I managed to get World of Warcraft going and the boy has been hard at it. But he took a break to play Texas Hold em with my and his dad. I won (of course.) 10 years since I played poker and I still win.
We got the addition to the shed finished. PB and the boy poured concrete yesterday.
But there is still weirdness.
Friday night was PB's night with the boy and I spent it with the hubby. Second time ina row that PB called me when I was hanging with the hub. And it was the second time I missed the call. he got so whatever that he texted me, "cal me."
It took me a while as hubby and I were talking and I really needed to talk to him about how he has been feeling. Hub is doing much better and I want to keep it that way. Like Shane says, baby steps.
Little by little Hub will get used to it.
But I feel bad that I was not there to immediately take PB's call. I don't want him to get the wrong impression. The hub is only my friend and family, not anything more. PB is my man and I am very much a 1 man woman.
We had fun last night, the boy seems to be accepting me again and I know PB digs that.
We played video games and then this morning his -----------woke me up. he claims he was asleep. I guess it has a mind of its own.
We messed around and then got up to play in the mud, it was raining outside and we wantedto see if it was leaking into the shed. Later I washed dishes and started the beef stew.
Its so nice being here. The woods are like back home in CT. I truly do love it here with him. Wonderful days.
But Zoey is due this week. I am very nervous about it. G0ing through the whole delivery thing again.
So here is where I am on a Sunday noontime. Sitting on the couch at a very handsome mans home, a man who I am so happy and proud to be with, to call my man, his son is playing WOW over on the computer, PB is outside working on his new shop and I am on my laptop.
We are alive and happy on planet earth living a miracle each day and it is all so temporary. So fleeting. I want to enjoy what I have left. I want to enjoy it with PB.
Posted by Spooky Lil Girl at 8:44 AM No comments: